YOU ARE READING THE PSEUDOVERSE BLOG! ENJOY OUR WRITING. ALL COMMENTS AND SUGGESTIONS ARE PREFERRED AND ENCOURAGED AT THE BOTTOM OF OUR BLOGS.

The key to a great story is not who or what or when or even how. It is 'why'. Here is Emeral

“What the hell happened SIS?” Xanthe asked as she surveyed the Vidscreens feeding her external and environmental information. It did not look good. Portions of the I-380 east route littered with now silent and destroyed huge red chromatic ships and hundreds of dead Americans. Red, white, and blue polyester coated corpses scattered across the dry arid desert speckled the landscape. The small towns of Caprock and Tatum along the highway were mere memories as most of the buildings lay in smoking ruin still ablaze. A Vidscreen plotting real-time GPS guided her to the next town of Seminole as the Stryker’s hover-track ran smoothly across the deserted dusty interstate. The ATCS or Automatic Tracking Control System kept the diamond-shaped nose up and Xanthe’s hands off the controls.

“As far as the last known data transmissions show a group calling themselves the Yinbi Yinying posing as the Crimson Alliance, or vice versa, attempted the takeover of the United States by force with the help of the WAS or World Alliance State. This takeover fueled with Pseudosynths or pseudo-synthetic replicas of actual human beings in positions of power made possible by the Rayson Corporation while Ray Nelson, the CEO of Rayson, was in Cryofreeze. The first wave was a hijacking of the military and the White House to funnel money to the Crimson Alliance.”

“This chapter is going to be an attempt at sliding a prologue into this series is it not SIS?

“I am afraid so Xanthe.”

“Damn that CG is so coy. Please continue then. What stopped this attempt?”

“A ‘who’ stopped the first attempt. A First Lieutenant, now a Captain called Cobalt, thwarted the takeover and exposed the Pseudosynths. She is a regrown wounded warrior who was a part of a project funded by the NIB.” SIS played the video of the slice of Helen Long’s skull at the Capitol steps on a Vidscreen in front of Xanthe. She chuckled as the thick robotic head rolled down the marble steps to the Capitol lawn. “Her name is Dace, Petra Kayden Dace.”

“—yes, she is his daughter in fact. You two would get along great except she does not reap nor cuss like a drunken sailor. You both have the same fructose addiction. This is neither coincidental nor an accident.”

“Her whereabouts are unknown at the moment. Emerald is currently attempting to track her location through her implant Terprise.”

“So what happened after she thwarted this coup?”

“The Crimson Alliance retaliated by manufacturing and producing thousands of Pseudo Cobalt’s. They murdered the American people without warning. The red chromatic ships or drones you see before you housed the Pseudosynths in their cargo bays. They are now nicknamed ‘Sees’. Petra also has a half-sister Dreama who was killed in one of many attempts on Petra’s life. She was Satan regurgitated. She raped twenty-two men and killed several others in Hawaii.”

“You have to be fucking kidding me? Satan?” Xanthe scanned the screens shaking her head in disbelief. “I take it the U.S. counteraction to these mass murders was swift?”

“Yes. The ‘substance’ Belga mentioned at the factory was produced by the real Ray Nelson and his team of engineers in less than three days at Los Alamos. They bombed North Korea who aided and assisted the Yinbi Yinying and the eastern half of China particularly the city of Shenyang where they were set up. The substance converts molecules into a form of suspended animation on a subatomic level. Every living thing is now in a state of flux and bonded together. It is unknown if species affected are able to ‘feel’ or ‘think’ while in this state. I have requested more data but it is unavailable for further evaluation. The substance is nicknamed “CG” or “Carbon Glue”.”

“Who are these perpetrators we seek?”

“They are a pair of females who were spotted scraping the substance in China and were tracked back to somewhere here in Texas. They may also have a creator or someone who is pulling their strings.”

“Last report was they are a hybrid Pseudosynth. Pseudosynth qualities engineered with human trials. Last report of DNA tracking shows they stopped somewhere outside of Odessa. They are—purple—scissor happy—and tri-sexual.”

“Purple? Tri-Sexual, what the hell is that all about? Is it tied in with the attack on the United States?”

“Emerald believes so. Somehow, someone mixed the substance of Cobalt and Crimson together and made Heliotrope people—purple people who will “try” anything sexual, toy with and proceed to kill their victims. They love the feel of steel, blades that is.”

“I know you will Xanthe. America is in deep trouble. Emerald approves of SDR. We have DNA markers tracked as far as Gardendale, Texas. The Lieutenant Colonel and the General are both dead. Dace was killed in the attempted coup of the White House. Three assailants one of which happened to be the Vice President of the United States murdered Cooper in Meredith N.Y. The entire nation is unsafe and immobile and in an extreme state of vulnerability. Belga and James thought it would be best if I gave you the bad news.”

A moment of silence followed SIS’s information as Xanthe stared at the Vidscreens.

“I have always told you that you cannot trust a politician.”

“Okay SIS I have something I have to do first. Then I am going to unleash hell on this fucked-up version of humanity.”

”Not one molecule on you has changed since our last meeting.”

“Now that would be boring if one did SIS.” Spotting an abandoned Fructose Mart between the towns of Seminole and Andrews, Xanthe instructed the Stryker to pull into the lot.

FOLLOW CG BY CLICKING ON THAT RIDICULOUS SMILE! (You can also follow Xanthe or Pseudosynth Press by clicking on the above images.) You, the bearer of the mouse, claim all responsibility for clicking on anything or anyone. 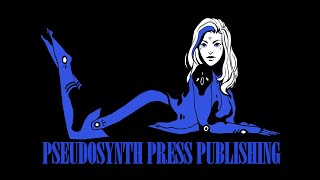 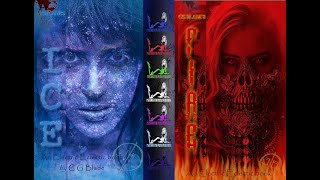